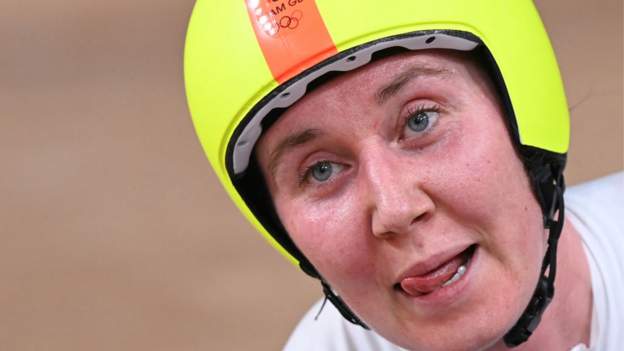 The British rider, who won madison gold in Tokyo with Laura Kenny, beat her old rival Kirsten Wild of the Netherlands in Spain to earn 20 points.

The Scot, 27, also finished fourth in the scratch race.

The format features 72 riders, with sprint and keirin disciplines for 18 male and female sprinters and scratch and elimination races for the endurance specialists, all over the space of a TV-friendly three-hour period.

Points are awarded for finishing positions in each race, tallied up over the five rounds of the series to decide the overall sprint and endurance champions.

The next round is in Lithuania at the end of November followed by two events in London and a final round in Tel Aviv on 11 December.

New Zealand’s Corbin Strong, the world champion in the points race, won the scratch race and the elimination race to lead the men’s standings with 40 points.

Find out how to get into cycling with our special guide.